IMPACT OF GST ON THE SERVICE SECTOR: IT HAS YIELDED A PROFOUND IMPACT 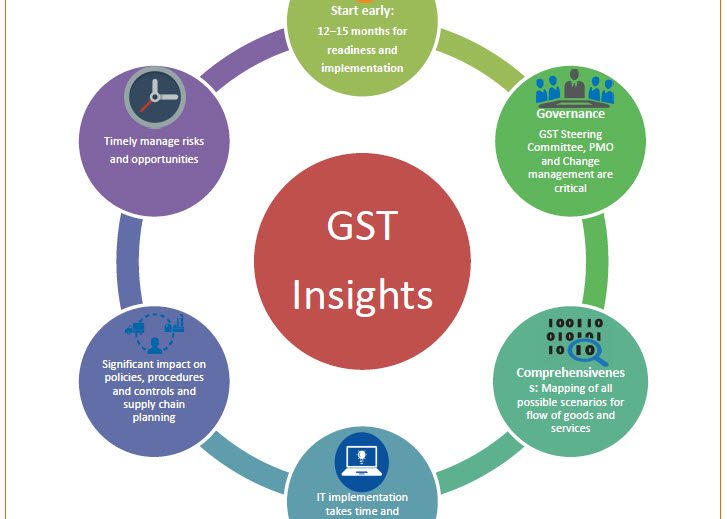 Since 2017, one of the terms that have impacted the Indian economy hugely is GST. GST  is the abbreviated form of Goods and Service Tax. It is an indirect tax or consumption tax used in India, on the supply of goods and services. GST is a comprehensive, multistage, and destination-based tax. It is collected from point of consumption and not the point of origin like previous taxes. The tax came into effect from 1st July 2017 through the implementation of the One Hundred and First Amendment of the Constitution of India by the Indian Government. The GST has replaced existing several taxes levied by the Central and State Governments. India has adopted a dual GST model. This means that taxation is administered by both the Union and State Governments. Transactions made within a single state are levied with Central GST ( CGST) by the Central Government and State GST (SGST) by the State Governments. The impact of GST has been as such that it has slightly increased the cost of services such as the ones related to hotels and restaurants, communication, business services, and financing for the end consumers.

It can be said that the GST impact on the service sector has been mixed. It has benefitted the sector in several ways but has also created a few barriers. While it has eliminated double taxation and added more clarity to the taxation process, some services have become more expensive. Moreover, the lack of central registration has increased the compliance burden. It is obvious, that the implementation of GST has posed some advantages and a few disadvantages to the services industry.

Of the various positive impacts of GST on the service sector, some are

• No double taxation – In the previous model of taxation, the works contract was complete and this took a toll on many people. Here the transfer of goods is a part of the service contract. This means that every invoice has the value of the goods used as well as the services provided. With the implementation of GST, these two are considered to be one and thus taxed as “supply of service”.

• The cost of inputs is likely to drop – Now that the multiple taxation systems are abolished, the cost of inputs will go down. Inputs taxation like VAT, Excise duty, and other taxes like that will no longer be an issue to deal with.

• It will bring equality in all states – The previous taxation system did not cover states like Jammu and Kashmir. This presented a disadvantage to other states in India. However, now GST covers the whole land, bringing all service sectors under the same taxation laws.

Other than the positive impacts, there are also downsides to this system.

• Increased cost of service to the final consumer – Since the rate of taxation will become higher in the GST system, the end consumer will feel the pinch of extra expenditure. The taxation is between 18% and 20%. As this rate is high, the cost of service will be higher.

• Burdensome filing of return – In the case of GST, as a business owner, one needs to file returns for all businesses in all the different states separately. This can prove to be burdensome and tiresome as well.